This study examined the effect of listening to a newly learned musical piece on subsequent motor retention of the piece. Thirty-six non-musicians were trained to play an unfamiliar melody on a piano keyboard. Next, they were randomly assigned to participate in three follow-up listening sessions over 1 week. Subjects who, during their listening sessions, listened to the same initial piece showed significant improvements in motor memory and retention of the piece despite the absence of physical practice. These improvements included increased pitch accuracy, time accuracy, and dynamic intensity of key pressing. Similar improvements, though to a lesser degree, were observed in subjects who, during their listening sessions, were distracted by another task. Control subjects, who after learning the piece had listened to nonmusical sounds, showed impaired motoric retention of the piece at 1 week from the initial acquisition day. These results imply that motor sequences can be established in motor memory without direct access to motor-related information. In addition, the study revealed that the listening-induced improvements did not generalize to the learning of a new musical piece composed of the same notes as the initial piece learned, limiting the effects to musical motor sequences that are already part of the individual’s motor repertoire. 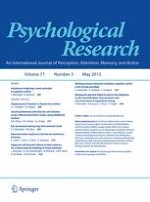 Missing the dog that failed to bark in the nighttime: on the overestimation of occurrences over non-occurrences in hypothesis testing