Generalized anxiety disorder (GAD) and unipolar depressive disorders (UDD) have been shown to differ from each other in dimensions of affective functioning despite their high rates of comorbidity. We showed emotional film clips to a community sample (n = 170) with GAD, GAD with secondary UDD, or no diagnosis. Groups had comparable subjective responses to the clips, but the GAD group had significantly lower heart rate variability (HRV) during fear and after sadness, compared to controls. While HRV in the GAD and control groups rose in response to the sadness and happiness clips, it returned to baseline levels afterwards in the GAD group, potentially indicating lesser ability to sustain attention on emotional stimuli. HRV in the GAD + UDD group changed only in response to sadness, but was otherwise unvarying between timepoints. Though preliminary, these findings suggest comorbid UDD as a potential moderator of emotional responding in GAD. 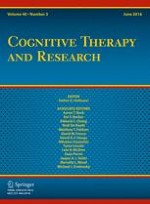 Introduction to the Special Issue: Emotion Regulation as a Transdiagnostic Process