Increased motivation towards social stimuli in Williams syndrome (WS) led us to hypothesize that a face’s human status would have greater impact than face’s orientation on WS’ face processing abilities. Twenty-nine individuals with WS were asked to categorize facial emotion expressions in real, human cartoon and non-human cartoon faces presented upright and inverted. When compared to both chronological and mental age-matched controls, WS participants were able to categorize emotions from human, but not from non-human faces. The use of different perceptual strategies to process human and non-human faces could not explain this dissociation. Rather, the findings suggest an increased sensitivity to socially relevant cues, such as human facial features, possibly related to the hallmark feature of WS—hypersociability. 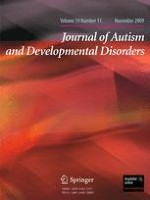