Integration into formal and informal peer groups is a key developmental task during early adolescence. As youth begin to place greater value on attaining acceptance and popularity among peers, social status among one’s peer group becomes an important marker of social functioning during this developmental period. Whereas much empirical research has been devoted to understanding heterogeneity among youth holding high status positions, similar distinctions have largely not been examined among socially marginalized youth. The present study sought to address this gap in the research by examining the extent to which two aspects of social marginalization, peer rejection and social network isolation, were differentially associated with trajectories of social and behavioral adjustment across two school years in early adolescence. Peer nominations were used to assess rejection, isolation, and the behavioral outcomes of interest (i.e., aggression, internalizing behaviors, and victimization), and participants self-reported the extent to which peers would come to their aid in bullying situations (i.e., peer protection from bullying). Using a longitudinal sample of early adolescents (n = 1075; 53.0% female; 47.2% White; 27.1% African American; 12.7% Hispanic) in grades 5 through 7, preliminary analyses revealed little overlap between rejection and isolation at each time point. Moreover, a series of multilevel models revealed that rejection and isolation were associated with somewhat distinct behavioral and social adjustment trajectories. Peer rejection was positively associated with peer-nominated aggression, both within and across time points, and negatively associated with prosocial behaviors. Conversely, isolation was positively associated with peer-nominated internalizing behaviors, both within and across time points. Rejection and isolation were each positively associated with peer nominations of victimization; however, only isolation was related to lower perceptions of peer protection from bullying. In general, support was found for assessing rejection and isolation as two distinct forms of social marginalization in early adolescence. 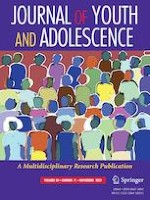 School Matters: The Effects of School Experiences on Youth’s Attitudes toward Immigrants

Why Do Immigrant and Swedish Adolescents Engage in Ethnic Victimization? Common and Distinct Underlying Factors