The Dutch population of first generation Turkish and Moroccan migrants is ageing. Among them hypertension and diabetes mellitus are frequent findings, which will probably cause an increased incidence of dementia. The language barrier, low education and cultural differences make the diagnosis more difficult. To what extent the MMSE can be used as a cognitive screener in this population will be investigated in this retrospective study.
Patients received standard diagnostics, a professional translator addressed the language barrier. Correspondence was scored on characteristics of dementia, a procedure was used to diagnose without including the MMSE score. The optimal cut-off was calculated with the Youden Index and Area under the ROC (AUROC).
106 patients were included, 61% had no education. Average MMSE-score was 16, with dementia 12, without 19. The AUROC was 0.85, optimal cut-off was 18 with a Youden index of 0.61.
By using a professional translator the MMSE can possibly be used as a cognitive screener in this population. However, the cognitive skills addressed by the MMSE require an education and language skills. Developing a test that is independent of education and language barrier will probably be better. 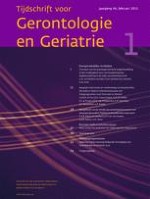