Much of the prior work on General Strain Theory (GST) has focused on how strain and negative emotions interrelate to produce criminal—especially violent—activity. Very little research has extended GST to examine other types of non-criminal, negative behavior, such as self-harming behaviors associated with disordered eating, a traditionally female-specific self-directed outcome. Using a sample of 338 young adults (54% female, 95% white), this article applies GST to disordered eating by examining how strain and negative emotions relate to this particular outcome across gender. Findings indicate that two types of strain measures predict depressive symptoms among males and females, that inequitable strainful experiences relate to disordered eating among females but not males, that depressive symptoms but not anger increase disordered eating for both males and females, and that membership in Greek organizations (sororities or fraternities) is associated with disordered eating but only for males. Implications for theory and directions for future research are highlighted. 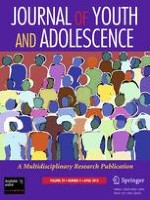 Suicidal Ideation and Distress Among Immigrant Adolescents: The Role of Acculturation, Life Stress, and Social Support