The study examined French people‚Äôs positions regarding the right to parenthood of same-sex couples and singles. A convenience sample of 256 participants aged 18‚Äď82 were presented with 24 realistic stories that were composed according to a two-factor within-subject design: (a) relational contexts (married or non-married heterosexual couples, married or non-married homosexual couples, and single heterosexual or homosexual persons, who want to have children through assisted reproductive technology or adoption) and (b) ways to have a child (through sperm donation by an anonymous donor, through sperm donation and surrogacy, through egg donation by an anonymous donor and surrogacy, or through adoption). Through cluster analysis, six qualitatively different positions were found. They were called Never acceptable (8% of the sample), Acceptable only in cases of heterosexual couples (10%), Acceptable for all types of couples except in cases of surrogacy by choice (7%), Always acceptable for all types of couples (10%), Always acceptable except in cases of surrogacy (14%), and Always acceptable (52%). The majority Always acceptable position was more often expressed by single participants, participants without children, and atheists than by married participants, those with children, or regular church attendees.
vorige artikel What Does it Mean to be a Targeted Parent? Parents‚Äô Experiences in the Context of Parental Alienation 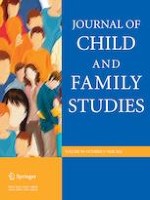 Frequency and Correlates of Picky Eating And Overeating in School-aged Children: A Portuguese Population-based Study

What Does it Mean to be a Targeted Parent? Parents‚Äô Experiences in the Context of Parental Alienation