Recruitment and promotion of the RealFit course for youngsters with (starting) overweight
RealFit is an intervention for youngsters with overweight in the age between 13 and 18. Nutrition, exercise, cognitive behavioral therapy and parental participation play a central role. The training has been developed in South Limburg in 2003. Youngsters enroll on their own initiative or are referred by a professional. In the past six years 362 youngsters in the region covered by this investigation participated in the course. This is only 2% of the total population of youngsters with overweight. There are indicators that the root cause of limited participation can be found in the recruitment and promotion phases of the process of the course. This inquiry focuses on the obstructive and stimulating factors involved in recruitment and promotion. The RealFit folder that plays a central role in the recruitment and promotion has been followed from its arrival in the mailroom to its final destination, the end user. Interviews are conducted with all stakeholders whom we met while following the folder, i.e. the national workgroup RealFit, division of Health promotion GGD South Limburg, division of nutrition and dietetics of the regional home care organization and referring professionals. 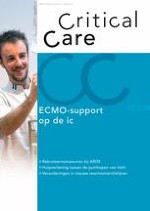