This study further investigated the construct of courage in children. Children aged 8–13 years (n = 51) were interviewed about the most courageous action that they had ever performed during their life, and to retrospectively rate their level of fear and courage experienced during that event. On a separate occasion, children also completed the Courage Measure for Children (CM-C) as an index of children’s general level of personal courage, as well as scales for assessing anxiety symptoms and sensation seeking. Results indicated that almost all children (i.e., 94%) indicated that they had carried out a courageous action at some point during their life, although the levels of fear and courage associated with these acts varied considerably. Further, there was no relation between fear and courage reported for the courageous action, but these variables were significantly correlated with respectively anxiety symptoms and personal courage as indexed by the CM-C. Finally, a significant positive correlation was observed between sensation seeking and personal courage, indicating that children who are more thrill and adventure seeking are generally also more courageous. It is concluded that fear and courage in children are largely unrelated and not just two sides of the same coin. The implications of these results for the etiology and treatment of childhood anxiety problems are discussed. 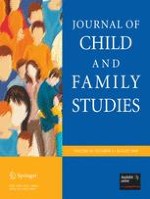 Parental Depression and Child Externalizing and Internalizing Symptoms: Unique Effects of Fathers’ Symptoms and Perceived Conflict as a Mediator