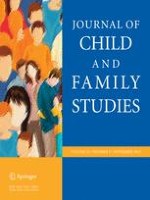 At the Interface of Ethnicity and Recent Immigration: Family Functioning of Chinese with School-Age Children in Canada

Parenting Behaviors and Childhood Anxiety: A Psychometric Investigation of the EMBU-C