Family structure influences the risk of early onset of sexual intercourse. This study proposes that the family structures associated with risk—single-mother, step-parent, and cohabiting—influence early sexual debut due to family instability, including shifts in family structure and maternal dating, which can undermine parental control and transmit messages about the acceptability of nonmarital sex. Previous research has not considered maternal dating as a component of family instability, assuming single mothers who date and those who do not date experience comparable levels of family disruption and transmit similar messages about the acceptability of nonmarital sex. Hypotheses are assessed using logistic regression models predicting the odds of early onset of sexual intercourse among 9959 respondents (53 % female, 47 % male) from the National Longitudinal Study of Adolescent to Adult Health. Respondents were ages 12–17 at the first wave of data collection and 18–26 at the third wave, when respondents reported the age at which they first had sexual intercourse. Results show that maternal dating is a source of family instability with repercussions for early sexual debut. Parental control and permissive attitudes towards teenage sex and pregnancy link at-risk family structures and maternal dating to early sexual initiation among females, though these variables do not fully explain family structure and maternal dating effects. Among males, the influence of maternal dating on early sexual debut is fully explained by the learning of permissive sexual attitudes.
vorige artikel The Enduring Significance of Skin Tone: Linking Skin Tone, Attitudes Toward Marriage and Cohabitation, and Sexual Behavior
volgende artikel Why Do Parents Grant or Deny Consent for Adolescent Participation in Sexuality Research? 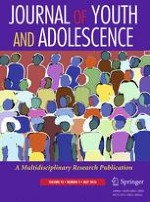