We examined hypothalamic–pituitary–adrenal stress reactivity as an indicator of differential susceptibility in moderating the links between family socioeconomic status (SES) and executive function (EF) in three-year-old urban Chinese children. The participants included 77 children (36 girls) and their families. Family income, parents’ education, and level of occupation were reported by the mothers and aggregated into a composite index of family SES. We assessed the children’s biological reactivity by salivary cortisol responses to a mild stressor, which we calculated by the area under the curve with respect to increase. We measured EF skills with a series of laboratory tasks. The results revealed significant interactive effects of SES and cortisol reactivity on children’s cognitive inhibitory control. More specifically, SES was significantly related to cognitive inhibitory control for children with higher cortisol reactivity. Conversely, for children with lower cortisol reactivity, there were no significant correlations between SES and cognitive inhibitory control. Region of significance analyses indicated a moderating effect supporting the “bright side” of differential susceptibility, meaning that high cortisol reactive children were more likely to benefit from high levels of SES. The results also manifested a direct association between SES and children’s working memory, and this association was not dependent on the features of cortisol reactivity. SES did not relate to hot EF. The results highlight the SES disparity in different EF elements and may help in the development of targeted interventions.
vorige artikel Effects of Peer Victimization on Child Emotional and Behavioral Difficulties: The Moderating Role of Parenting
volgende artikel The Development and Process Evaluation of PEER: A Camp-based Programme for Adolescents Impacted by Cancer 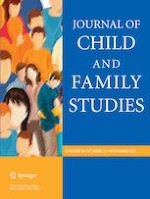 What Does it Mean to be Trauma-Informed? A Multi-System Perspective from Practitioners Serving the Community

Associations Between Parental Maltreatment and Online Behavior Among Young Adolescents

Patterns in Father Presence and Engagement in Mongolia: A Historical Cross-Sectional Study