Little research has examined family emotional climate in the context of having a child with autism spectrum disorder (ASD). The goal of the current study was to determine how the emotional quality of family subsystems (parent–child and parent couple relationships, for both mothers and fathers) combine to create various classes of family emotional climate and to identify predictors of class membership in 148 families of children with ASD. The emotional quality of family subsystems was assessed using Five Minute Speech Samples from mothers and fathers. In total, 148 families of children with ASD (86% male) aged 6–13 years were included in analyses. About one-third of parents did not have a college degree and more than two-thirds were of non-Hispanic White origin. Latent class analysis revealed that 43% of the sample was characterized by high levels of warmth and low levels of criticism in both the parent–child and parent couple relationships; 12% of the sample was characterized by low warmth and high criticism in both sets of relationships; and the rest of the sample was divided among three additional classes of emotional climate characterized by different configurations of warmth and criticism across both sets of relationships. Parent level of broader autism phenotype and child emotional and behavioral problems were associated with emotional climate class membership. Implications for interventions are discussed. 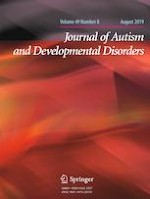 Differences in Cognition and Behaviour in Multiplex and Simplex Autism: Does Prior Experience Raising a Child with Autism Matter?

The Developmental Behaviour Checklist (DBC) Profile in Young Children on the Autism Spectrum: The Impact of Child and Family Factors

B. Siegel: The Politics of Autism