The transition from preschool to formal schooling constitutes an important developmental milestone for children and their families. Very few empirical studies investigating the kindergarten transition for typically developing children have been published, and fewer have examined transition experiences from the perspective of caregivers. The aims of our study were to investigate: (1) parent concerns during transition, (2) perceived needs during transition, and (3) parent involvement in kindergarten preparation activities. Parents/caregivers of 86 general education students transitioning to kindergarten completed a survey assessing their concerns, needs, and involvement in transition preparation activities. Results suggest that although the majority of parents expressed few concerns regarding their child’s kindergarten transition, a subset (i.e., 27.9%) reported significant concerns. The areas of concern most often cited by families in this sample were socio-behavioral in nature. Parents in this sample expressed a desire for various types of information during transition. Parents most often reported engaging in low intensity transition practices characterized by generic forms of contact, rather than more individualized and intensive practices often cited in the literature as best practices. In addition, parent involvement in transition preparation activities differed by family socioeconomic status as well as district locale. This study offers practical suggestions and policy implications for coordinating family and school efforts during children’s kindergarten transition. 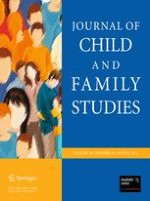 The Severely Impaired Do Profit Most: Differential Effectiveness of a Parent Management Training for Children with Externalizing Behavior Problems in a Natural Setting