Family climate is theorized to influence psychosocial functioning of adolescents both with and without type 1 diabetes. Family system theory considers adolescent behavior as a function of the dynamic interactions between family members. In the present multi-informant longitudinal study, we used two-step cluster analysis to empirically derive family climates based on four family dimensions (i.e., cohesion, conflict, organization, and control) at baseline and we related these climates to longitudinal assessments of adolescent psychosocial functioning. Analyses were conducted on a total of 220 adolescents (102 with diabetes, 118 healthy controls), 217 mothers, and 168 fathers. Cluster analysis on the four FES subscales revealed the following four family climates: a cohesive (moderately high on cohesion and moderately low to low on the other dimensions), balanced (high on cohesion and organization, low on conflict), conflictual (high on conflict, low on organization and cohesion), and controlling (high on control, moderately high on conflict and organization, moderately low on cohesion) climate. Adolescents with diabetes were somewhat overrepresented in the balanced climate, and underrepresented in the cohesive and conflictual climate as compared to their healthy peers. Consistent with hypotheses, we found that adolescents raised in cohesive or balanced climates fared better in terms of internalizing symptoms, externalizing symptoms, and self-concept as compared to adolescents raised in conflictual or controlling climates. Additionally, family climate was not associated with differential changes in outcome variables over time. These finding were consistent across informants and across time. Finally, these associations were not moderated by having type 1 diabetes. Suggestions for future research and practical implications are discussed. 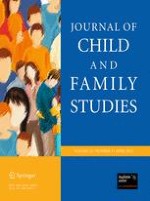 Translation of Anxiety Treatment to Youth with Autism Spectrum Disorders

Rex Forehand and Nicholas Long: Parenting the Strong-Willed Child: The Clinically Proven Five-Week Program for Parents of Two- to Six-Year-Olds