The primary aim of this study is to determine the relationship between situational factors, method of death, and homicide-suicide deaths, specifically comparing method of death (firearm vs. nonfirearm) across these factors. We used data from the national violence death reporting system, a reporting system for violent deaths that links data from multiple sources. We included incidents that involved at least one homicide death followed by perpetrator suicide in the 42 states from 2013 to 2016. In addition to univariate analyses, we compared proportions of incidents that included a firearm to non-firearm incidents by incident, victim, and perpetrator characteristics. By far, firearm-related injuries were the most frequent cause of death for victims (85.6%) and for perpetrators (89.5%). Women, Hispanic individuals, individuals with a current mental health issue, and individuals with recent depression symptoms had lower odds of using a firearm, as did perpetrators who killed both an intimate partner and other family member. Individuals who had recently been in a fight had increased odds of using a firearm. Despite these differences, the overwhelming majority of homicide-suicide deaths involved firearms, which supports the need for adequate, appropriate firearm control measures to prevent these tragedies. 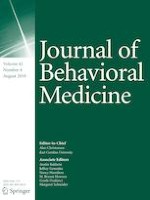 Perspectives from firearm stakeholders on firearm safety promotion in pediatric primary care as a suicide prevention strategy: a qualitative study