Gray’s Reinforcement Sensitivity Theory is a neurobiological model developed to explain the regulation of behavior and emotions, using the BIS and BAS systems as motivational constructs based on variables of sensitivity to reinforcement, associated with the emergence of internalizing and externalizing psychopathologies. The objective was to analyze the factor structure, and invariance of the BIS–BAS IPIP-R translated into the Spanish language. A non-probabilistic sampling of 288 people between the ages of 18 and 45 from the city of Bogotá, Colombia (167 women and 121 men, average age of 28.92 (SD = 7.53) was carried out. Among the results, a two-dimensional structure was verified with correlated factors and residual covariances, once included when reviewing the modification rates and the favorable adjustment of the model. In the invariance analysis of the correlated two-dimensional model, when imposing progressive and sequential restrictions, differential values are presented, indicating that the factor loads are invariant in nested groups. In conclusion, evidence of the two correlated dimensions that support Gray’s theory of activation and inhibition systems independent of sex and age was obtained.
volgende artikel Moderating the Role of Self-Compassion in the Relationship Between Perfectionism and Depression 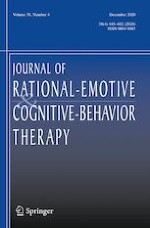