The aims of this study were to evaluate the reliability, validity and factorial structure of Family Adaptability and Cohesion Evaluation Scale, Version IV (FACES IV), investigate the relevance of sex and age on family functioning and study the relationship between family functioning and adolescents’ perception of parent and peer attachment. The sample consisted of 1,416 participants (672 women, 744 men, Mage = 17.38 years; age range = 13–22 years) divided into three age groups: 13–15, 16–18, and 19–22 years. Factor analysis confirmed the dimensions formulated to define the construct of family functioning: all the items of each dimension were loaded in the same factor with a correlation of at least 0.30. Groups differed with regard to the age on Cohesion, Enmeshed and Rigid scales: Younger adolescents (age 13–15 years) showed significantly higher scores than adolescents (age 16–18 and 19–22). Sex differences revealed that females had a higher mean score on Cohesion and Flexibility, whereas males had a higher mean score on Disengaged, Enmeshed and Chaotic. Correlations between FACES IV and Parent and Peer Attachment Scale demonstrated the convergent validity of the FACES IV. Data confirmed the validity of FACES IV’s Italian version and suggested that the Circumplex Model has a cross-cultural applicability and it could be a useful instrument in the Italian context. 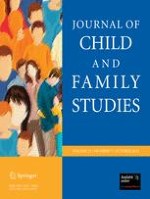