A bibliographical research of controlled studies, including only studies with samples larger than 10 participants, from 1998 to 2017, was conducted on Medline, Lilacs, PubMed and ISI. A total of 31 articles were included in this review.

Abused children have a recognition bias for negative expressions, especially fear and anger. This increased perception tends to impair interpersonal relationships throughout their development. However, it appears as a matter of necessity, related to survival in a hostile environment. Moreover, neglected children have a shorter reaction time for recognition of negative facial expressions. Thus, the consequence of this deficit generates losses, such as the difficulty of ability to perceive a situation that puts them at risk.

Children victims of severe domestic violence, as well as those who have been sexually abused and neglected, experience a learning situation regarding past experiences. The losses appear both in abnormal anatomical brain and physiological formations, as well as psychological and behavioral changes that impact the lives of these individuals. These changes are associated to changes mainly in circuits related to the prefrontal cortex and limbic regions, which are responsible for regulating the reaction to a threat. Future studies should develop programs, focusing not only in the prevention of adverse family environments and domestic violence, but also in helping these children improve psychosocial adaptation. 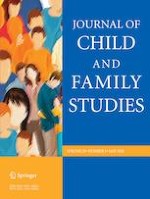 Prevalence and Protective Factors of Psychological Distress among Left-behind Children in Rural China: A Study based on National Data

Somatization, Fatigue, and Quality of Life in Children and Adolescents with Chronic Pain