Two experiments examined whether over-selectivity is the product of a post-acquisition performance deficit, rather than an attention problem. In both experiments, children with Autistic Spectrum Disorder were presented with a trial-and-error discrimination task using two, two-element stimuli and over-selected in both studies. After behavioral control by the previously over-selected stimulus was extinguished, behavioral control by the previously under-selected cue emerged without direct training. However, this effect was only found in higher-functioning children, and not with more severely impaired children. These findings suggest that over-selectivity is not simply due to a failure to attend to all of the stimuli presented. They also suggest that extinction of over-selected stimuli may be a fruitful line of intervention for clinical intervention for some individuals. 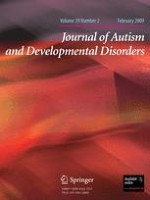 Brief Report: Eye-Movement Patterns During an Embedded Figures Test in Children with ASD