Molecular gene-by-environment studies primarily have focuses on the parent–child relationship as an environmental factor, whereas studies including peer relationships as environmental factor are rare. However, the effects of the peer context may not be the same for all adolescents due to biological characteristics. This study examined whether the effects of peer rejection and acceptance on externalizing behavior depend upon adolescents’ genotype for the dopamine transporter (DAT1) or receptor D4 (DRD4) gene. In a sample of 563 adolescents (52 % girls; M age = 13.81), saliva samples, within-classroom peer nominations, and multi-informant behavior ratings were collected. Peer rejection, but not acceptance, was associated with externalizing problems. One out of eight models tested for rule-breaking behavior showed genetic moderation. According to the Roisman criteria, there was evidence for the differential susceptibility hypothesis. DAT1 10R carriers showed more rule-breaking behavior according to parents when experiencing high peer rejection, but less rule-breaking behavior when experiencing low peer rejection. The long DRD4 variant was associated with less aggression, but no moderation effects were found. The results are discussed in light of the differential susceptibility hypothesis and the reward sensitivity mechanism. 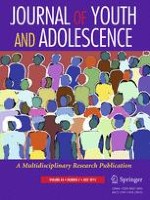 Genetic Influences on Peer and Family Relationships Across Adolescent Development: Introduction to the Special Issue