Adolescents who have been exposed to violence in the community often experience subsequent difficulties with academic achievement. Because competence in the classroom is a salient developmental task during the adolescent years, outcomes in this critical context can then have broader implications for social and psychological functioning. In the current study, we tested a hypothesized progression in which the association between violence exposure and deficient achievement is presumed to potentiate friendships with academically disengaged peers. We followed 415 urban adolescents (53 % girls; average age of 14.6 years) for a one-year period, with two annual assessment of psychosocial functioning. Exposure to violence in the community and academic engagement were assessed with a self-report inventory; reciprocated friendships were assessed with a peer interview; and achievement was indexed based on a review of school records. Consistent with our hypotheses, neighborhood violence was associated with deficient classroom achievement. Poor achievement, in turn, mediated associations between community violence exposure and low academic engagement among friends. Our findings highlight pathways though which exposure to community violence potentially predicts later dysfunction. 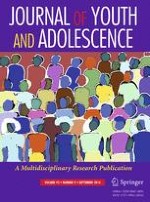 Erica Bowen and Kate Walker: The Psychology of Violence in Adolescent Romantic Relationships