Research has linked goal setting to improved well-being. Underlying mechanisms for how this works are not well understood. Prior research has explored the impact of interrelated goals (facilitation and conflict), client variables (anxiety and somatic symptoms), and anxiety-reducing procedures (meditation). The aim of this study was to use Reinforcement Sensitivity Theory to explore the relation between goal conflict, goal facilitation, anxiety, and mindfulness on somatic symptoms.

Setting goals is a complex process; goal conflict was associated with increased levels of anxiety and somatic symptoms. Those who endorse mindful practices were less affected by goal conflict.
vorige artikel Compassion-Based Meditation Quality Practice and Its Impact on the Positive Attitudes Toward Others
volgende artikel Examining the Relationship Between Trait Rumination and Mindfulness Across Development and Risk Status 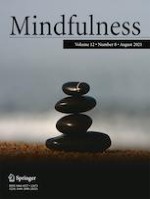 Contemplative Training and Psychological Stress: an Analysis of First-person Accounts

The Role of Religion for Mindfulness-Based Interventions: Implications for Dissemination and Implementation