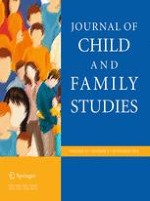 Child and Family Emotional Functioning: A Cross-National Examination of Families from China and the United States

Between Black and White: Examining Grey Literature in Meta-analyses of Psychological Research

Evidence-Based Assessment in Children and Adolescents with Obsessive–Compulsive Disorder