» Toegang tot de volledige tekst krijgen
Belangrijke opmerkingen
We are grateful to the families and teachers who generously participated in this study. We would like to acknowledge Rebecca Zakarian, Angelina Gómez, and Kristy Larsen for their important role in collecting this data. 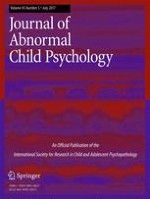