Field-independence, or weak central coherence, is a recognised phenotype of autism spectrum disorder (ASD). There is also evidence of cultural variation in this perceptual style, as neurotypical individuals from Western nations are more field-independent than neurotypical individuals from East-Asian nations. The majority of research on perceptual style in those with ASD has been carried out in Western nations therefore it is unclear whether increased field-independence in ASD is a culturally universal phenotype. Here, we assessed perceptual style in children with and without ASD from England and Singapore using the Children’s Embedded Figures Test and the Framed-Line Test. We found increased field-independence in the English participants with ASD only, suggesting that weak central coherence in ASD is not culturally universal.
vorige artikel Anxiety and Repetitive Behaviours in Autism Spectrum Disorders and Williams Syndrome: A Cross-Syndrome Comparison
volgende artikel Support for a Dimensional View of Autism Spectrum Disorders in Toddlers 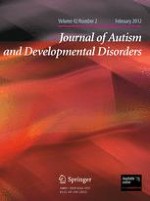 Bullying Experiences Among Children and Youth with Autism Spectrum Disorders

High-Functioning Autism and Asperger’s Disorder: Utility and Meaning for Families