Leadership matters. Whether it is the junior doctor simultaneously handling four patients in the emergency room, the overwhelmed sole surgical registrar on call at 2am or the consultant liaising with colleagues to keep his department afloat; these doctors may not have had substantive prior training in dealing with these complex situations. Whilst doctors have the skills for even the most intricate clinical scenarios, it is the lack of leadership and management training that is most concerning. As fourth year medical students with a Bachelor’s in Management, we have been introduced to a multitude of skills that we feel will be invaluable to our future medical careers. With responsibilities of doctors rising and a developing litigation culture, it is increasingly important to take charge and astutely handle a variety of situations. In the past there was emphasis on the doctor as a transactional leader, yet recent changes in modern medicine increasingly place demands on the doctor to be a transformational leader; one that empowers peers and seeks to achieve collective organizational change [ 1]. This change is often termed ‘bottom-up’ and seeks to achieve greater professional involvement in key decision-making areas, as it is often the clinicians who are better able to determine the needs of their patients [ 2]. Such viewpoints were the main arguments for changing the healthcare delivery model in the UK as part of the 2012 Health and Social Care Act, which empowered frontline general practitioners in determining the best way to allocate scarce resources in the healthcare system [ 3]. Undergraduate medical curricula must therefore reflect this and adapt to include leadership and management to prepare students for the evolving nature of healthcare.

Management and leadership in healthcare: what do they mean?

Management is defined as the ‘act or skill of controlling or making decisions’ [ 4]. Whereas ‘traditionally’ it may have been seen in predominantly business-focussed industries, it is equally important in the healthcare setting where it can be viewed as patient management, people management and organizational management. A seminal publication in medical leadership and management, the 2008 Darzi report, described empowered clinical professionals with strong clinical management skills as having a key role to play in raising standards in the National Health Service (NHS) [ 5]. Leadership is arguably equally important in today’s climate and it can be described as ‘the art of influencing others to their maximum performance to accomplish any task, objective or project’ [ 6, p. 9]. This is reflected in Martin and Learmonth’s examination health policy texts in the United Kingdom (UK), which highlighted a language shift from ‘management’ to ‘leadership’ in public policy discourse [ 7]. Furthermore, the highly influential CanMEDS (Canadian Physician Competency Framework), has switched its emphasis from ‘manager’ to ‘leader’ in the light of changes in the expectations of physician competencies [ 8].

Importance of management and leadership

How can we solve this problem? 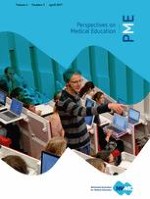 Trust, entrustment decisions and a few things we shouldn’t forget