Research on the health benefits and consequences of close relationships has suggested the linkage in daily emotions (i.e., coregulation) between close partners is an important relationship dynamic. While the coupling of daily emotions among family members (parent–child and marital dyads) has been widely documented, research examining emotional coregulation among ethnic minority youth during adolescence, a period marked by heightened emotion and risk for psychopathology, remains an important area in need of exploration. This study examined correlates of emotional coregulation in a sample of Mexican-origin adolescents (Mage = 15.02, SD = .83) and their parents (Mage = 41.93, SD = 6.70). Dyads reported on daily levels of distress and happiness for 14 consecutive days across two waves of data collection a year apart (nwave1 = 428 dyads, nwave2 = 336 dyads). Dyads who reported getting along were more likely to coregulate their daily happiness. Importantly, coregulation of distress was only present in older adolescents who reported above average levels of internalizing symptoms. The results suggest coregulation of distress may shape or be shaped by poor mental health during the later years of adolescence, a time when youth may be establishing a degree of emotional autonomy from parents. 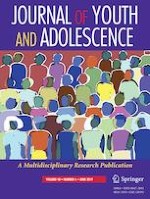 Gideon Yaffe: The Age of Culpability: Children and the Nature of Criminal Responsibility