Individuation, a process whereby adolescents gain autonomy from their parents while maintaining emotional relatedness, is displayed by characteristic styles of verbal exchanges. Negotiating this developmental transition is often stressful for adolescents and their parents. This study deals with the association between pubertal timing, communication behaviors, and stress reactivity assessed during young females’ conflict discussions with their mothers. A sample of N = 32 girls (age 9–13, T1) was grouped by pubertal timing. Years later (age 17–22, T2) they were followed up and videotapes of daughter–mother conflict discussions were evaluated. Salivary alpha-amylase was used to assess the stress reactivity. Results revealed that young women who had entered puberty early were higher in striving for control and separation in interactions with their mothers, and displayed higher stress levels. These results pointed to less successful individuation in late adolescence/young adulthood compared to on-time and late maturing age mates. 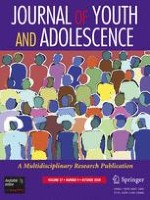