Effects of a Mindfulness-based Intervention on Adolescents’ Depression and Self-concept: The Moderating Role of Age | mijn-bsl Skip to main content
ZOEKEN MENU 1 2 3 4

During adolescence, there are important changes in both depressive symptoms and self-concept; thus, the present study aimed to examine the effects of a mindfulness-based intervention (MBI) on depression and self-concept in adolescents and test whether age moderated the changes. A sample of 300 students aged between 13 and 21 years (M = 16.13, SD = 1.80), randomly assigned to either the MBI or a wait-list control group, completed the Center for Epidemiologic Studies Depression Scale and Self-Concept Form-5 Questionnaire before and after implementation of the Learning to Breathe program. The intervention effects on the changes in some factors of depression and dimensions of self-concept were moderated by age. The intervention prevented increases in depression and somatic symptoms, decreased interpersonal difficulties, and increased social self-concept in older adolescents. However, in younger adolescents, there was an increase in depression, depressed affect, and somatic symptoms post-intervention. The effectiveness of mindfulness training was higher in the oldest adolescents, suggesting that MBIs should be even more precisely adapted for younger adolescents. Implications for the implementation of mindfulness programs in schools are discussed.
vorige artikel Communicating with Children about Sexuality: A Randomised Controlled Trial of a Brief Parenting Discussion Group
volgende artikel Effects of a School-Based Mindfulness Program for Young Children 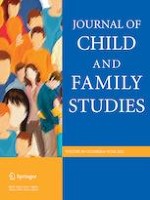 Adolescent Protective and Risk Factors for Incarceration through Early Adulthood

Communicating with Children about Sexuality: A Randomised Controlled Trial of a Brief Parenting Discussion Group

The Association between Home Environment and Quality of Life in Children and Adolescents in Hangzhou City, China