The social unrest that began in Hong Kong in 2019 became a threat to public mental health, such as for depression and post-traumatic stress disorders. A supportive family environment is the most effective protective factor for mental health problems for young people who are exposed to conflict and violence. This study investigated the outcomes of a brief mindful parenting workshop on parent mental health and family functioning.

We found preliminary evidence that a brief mindful parenting workshop can strengthen parent and family mental health at times of social unrest. 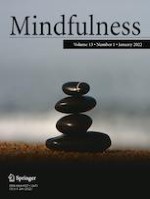