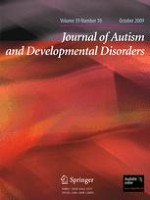 Keiko Kobe, With the Light: Raising an Autistic Child

Sensory Impairments and Autism: A Re-Examination of Causal Modelling

Eileen Miller: The Girl Who Spoke with Pictures