Data were collected in a screening to recruit participants for a trial study on depression treatment [ 10– 12]. A random selection of inhabitants in the Southern part of the Netherlands (age 18–65) was sent an invitation letter with unique login codes to complete a screening questionnaire via the Internet.

Creation of the health state descriptions

Respondents were only presented one of the health states of Table  1. After a description and explanation of the questionnaire, the respondent was asked to fill in the EuroQol 5D (EQ-5D) for that hypothetical health state. The EQ-5D consists of five health state dimensions (mobility, self-care, usual activity, pain/discomfort, and anxiety/depression) on which the respondent has to indicate the health state choosing from three levels (no problem, some problems, and major problems) [ 17, 18]. A last question of the EuroQol is a visual analogue scale (VAS) thermometer ranging from 0 (worst) to 100 (most optimal) on which respondents have to indicate how good or bad the health state is. Due to limitations of the computer system, an adjusted version of the VAS was used, being a rating scale (RS) question to give a rating from 0 to 100.
Table 1
Hypothetical health state descriptions

General population and patient subgroups were created according to two different perspectives: A division was made on depression severity measured by a standardized questionnaire and on the participant’s self-perceived duration of complaints.
Depression severity was measured with the Beck Depression Inventory Second Edition (BDI-II) [ 19– 21]. For patients diagnosed with depression, a BDI-II score of 0–13 is categorized ‘minimal’, 14-19 ‘mild’, 20-28 ‘moderate severe’, and 29-63 ‘severe’ depression [ 21]. Based on these cutoff scores, we divided four groups: (0) no complaints (i.e., the general population) and (1) mild, (2) moderate, and (3) severe complaints.
The self-perceived duration of depressive complaints (SPDD) was measured by the question: Are you suffering from sadness or depression? According to the answers on this question, three subgroups were divided: (0) no complaints (i.e., the general population), (1) depressive complaints up to about 3 months, and (2) depressive complaints for longer than 3 months.

Analyses are preformed on the BDI-II-based subgroups and on the SPDD-based subgroups. First, the socio-demographic characteristics of the subgroups were evaluated (mean and standard deviation, or percentage scores). Secondly, differences between subgroups on the Euroqol dimensions are assessed by the Chi-square test. Thirdly, the RS scores of the subgroups are evaluated (mean score and standard deviation) and differences between subgroups are tested by the Mann–Whitney test ( P < 0.05).

We thank Esther de Graaf, Annie Hendriks and Greet Kellens for their assistance in recruitment and data-collection, and Rosanne Janssen for the development of the infrastructure for online data-collection. This study collected data within the screening for a trial financed by ZonMw (Netherlands Organisation for Health Research and Development; project number 945-04-417), research institute EPP and research institute CAPHRI. Municipalities Eijsden, Meerssen, Sittard-Geleen, Valkenburg and Maastricht sponsored the trial study. The study sponsors had no role in the design of the study; in the collection, analysis, and interpretation of the data; in the writing of the report; and in the decision to submit the article for publication.

All authors declare that they have no conflicts of interest. 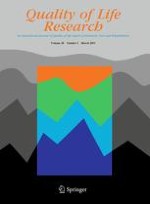