As suicide attempts and self-injury remain predominant health risks among adolescents, it is increasingly important to be able to distinguish features of self-harming adolescents from those who are at risk for suicidal behaviors. The current study examined differences between groups of adolescents with varying levels of self-harmful behavior in a sample of 373 high school students with a mean age of 15.04 (SD = 1.05). The sample was 48% female and the distribution of ethnicity was as follows: 35% Caucasian, 37.2% African-American, 16% Multi-ethnic, 9.2% Hispanic, and 2.3% Asian. The sample was divided into three groups: no history of self-harm, non-suicidal self-injury (NSSI) only, and NSSI in addition to a suicide attempt. Differences in depressive symptoms, suicidal ideation, social support, self-esteem, body satisfaction, and disordered eating were explored. Results indicated significant differences between the three groups on all variables, with the no self-harm group reporting the lowest levels of risk factors and highest levels of protective factors. Further analyses were conducted to examine specific differences between the two self-harm groups. Adolescents in the NSSI group were found to have fewer depressive symptoms, lower suicidal ideation, and greater self-esteem and parental support than the group that also had attempted suicide. The clinical implications of assessing these specific psychosocial correlates for at-risk adolescents are discussed.
vorige artikel One-Year Follow-Up of Suicidal Adolescents: Parental History of Mental Health Problems and Time to Post-Hospitalization Attempt
volgende artikel Youth Engagement and Suicide Risk: Testing a Mediated Model in a Canadian Community Sample 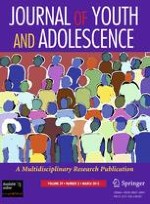 The Role of Cognitive Distortion in the Relationship Between Abuse, Assault, and Non-Suicidal Self-Injury