There is little doubt that drugs pose a threat to children. In 1971, President Nixon determined that the threat posed such a hazard that “war” was required to combat it (see Schleifer 2011). While analogies to military rhetoric are frequently employed in competitive settings like politics, this analogy unfortunately has proved to be more prophetic than analogous. Thousands of people in North America, many of them children, have been murdered in the past two decades as a result of the war on drugs. Countless others have lost the companionship of family members or friends due to death or incarceration related to drug violence and drug law enforcement. Loss of family members, educational opportunities, and faith in the government are among the many consequences children suffer because of the war currently waged against drugs. It is in response to this violent blight that Damon Barrett developed the publication of Children of the Drug War: Perspectives on the Impact of Drug Policies on Young People. This impressive text will be of considerable importance to develop mentalists who have made important progress in shedding light on the effects drug use have on youth development (see, e.g., Pasch et al. 2012a; Pasch et al. 2012b), but pervasively have ignored the myriad threats drug policy itself poses to children (Barrett 2011, p. 2). …
vorige artikel Adolescent Neglect, Juvenile Delinquency and the Risk of Recidivism
volgende artikel James W. Messerschmidt: Gender, heterosexuality, and youth violence: The struggle for recognition 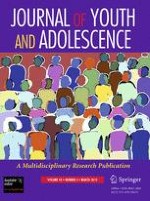 Adolescent Neglect, Juvenile Delinquency and the Risk of Recidivism