Racial oppression is a longstanding and widespread problem with significant repercussions and consequences for the health of those impacted. The roots of racial prejudice reach far back into the history of European culture. A contribution to the much-needed change can be found in the cultivation of mindfulness, in particular in its external dimension. This emerges from considering the background provided by the early Buddhist dismissal of caste prerogatives in the ancient Indian setting, granting priority to ethical conduct over birth. Besides opening up a new dimension for mindfulness-related research, which has so far predominantly focused on the internal cultivation of mindfulness, exploring the early Buddhist perspective also shows that diversity work can become an integral part of the Buddhist path of practice. This holds in particular for white Buddhists, who need to confront their superiority conceit as an obstruction to their own progress to liberation.
vorige artikel Promoting Mindfulness in African American Communities
volgende artikel How Self-Compassion Moderates the Relation Between Body Surveillance and Body Shame Among Men and Women 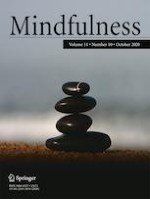 Body-Sweeping, Mindfulness of Breathing, and Non-Grasping

From Teachers’ Mindfulness to Students’ Thriving: the Mindful Self in School Relationships (MSSR) Model

The Ascendancy of the Mindful