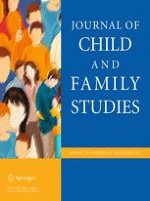 Associations Among Supportive Coparenting, Father Engagement and Attachment: The Role of Race/Ethnicity