Research on immigration and crime has only recently started to consider potential heterogeneity in longitudinal patterns of immigrant offending. Guided by segmented assimilation and life course criminology frameworks, this article advances prior research on the immigration-crime nexus in three ways: using a large sample of high-risk adjudicated youth containing first and second generation immigrants; examining longitudinal trajectories of official and self-reported offending; and merging segmented assimilation and life course theories to distinguish between offending patterns. Data come from the Pathways to Desistance study containing detailed offending and socio-demographic background information on 1,354 adolescents (13.6 % female; n = 1,061 native-born; n = 210 second generation immigrants; n = 83 first generation immigrants) as they transition to young adulthood (aged 14–17 at baseline). Over 84 months we observe whether patterns of offending, and the correlates that may distinguish them, operate differently across immigrant generations. Collectively, this study offers the first investigation of whether immigrants, conditioned on being adjudicated, are characterized by persistent offending. Results show that first generation immigrants are less likely to be involved in serious offending and to evidence persistence in offending, and appear to be on a path toward desistance much more quickly than their peers. Further, assimilation and neighborhood disadvantage operate in unique ways across generational status and relate to different offending styles. The findings show that the risk for persistent offending is greatest among those with high levels of assimilation who reside in disadvantaged contexts, particularly among the second generation youth in the sample. 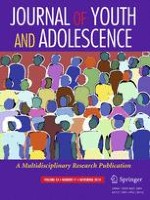