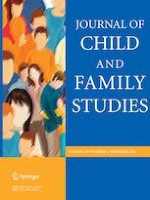 Implicit Aspects of Relationships as Predictors of Adjustment in Middle Childhood; Mutual Recognition and Role Confusion

The Effects of High Intensity versus Low Intensity Exercise on Academic Productivity, Mood, and Behavior among Youth with and without ADHD

Thematic Analysis of Parent–Child Conversations About COVID-19: “Playing It Safe”