In Europe and specifically in Bulgaria, Roma represent the largest indigenous ethnic minority exposed to severe discrimination, social exclusion, poverty, and compromised well-being. To improve their conditions, identifying sources of psychological well-being for Roma is theoretically relevant and practically important. This study investigated the relation between ethnic, familial, and religious identities as salient collective identity components for psychological well-being among 194 Roma adolescents (age: M = 16.11 years, SD = 1.36) and their mothers (age: M = 35.95 years, SD = 3.54). The results indicated that in line with marginalization models of acculturation, Roma youth and their mothers showed a low endorsement of both Bulgarian mainstream and Roma ethnic identity. The average scores of well-being were also low. For both groups, familial identity was stronger compared to Roma, Bulgarian, and religious identity. A path model showed that collective identity was a positive predictor of well-being in both adolescents and mothers and that the mothers’ collective identity was a predictor of adolescent well-being. Bulgarian mainstream identity had the strongest relationship with collective identity. It is concluded that, for Roma youth and their mothers, family is an important identity domain as it represents the most salient identification source that is not challenged in their environment. 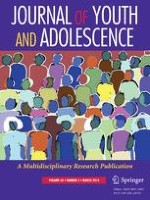