Youth often hold group norms that perpetuate inequality. One way these norms can be changed is by challenging these norms by choosing to include new members into these groups who hold morally just norms. In the current study, children’s and adolescents’ inclusion decisions and social reasoning about challenging group norms through inclusion were investigated. The sample included 9–10 (children) and 13–14 year-olds (adolescents) (N = 673, 54.4% female). Participants supported including challengers into groups holding norms supporting relational aggression and unequal allocation of resources, but they were less likely to support including a challenger into a physically aggressive group. Age-related differences and gender differences were found: children and female participants were more likely to include challengers than were adolescents and male participants. The findings indicate that youth support including new members who would challenge morally questionable group norms, but that their support depends on the specific norm the group holds. 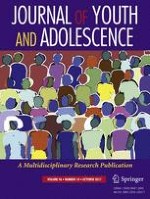