The purpose of our study was to investigate stability and change over time in sibling aggression in children exposed to intimate partner violence (IPV). We further investigated the role that maternal and sibling warmth might play, as well as sex differences in observed aggressive behavior. We expected that lower warmth would be associated with more aggression, both concurrently and over time. We also expected that more brother dyads would engage in aggression than sister or mixed sex dyads. Forty-seven families with two school-aged siblings were recruited from the community; thirty-two dyads returned for a second timepoint. Mothers reported on aggressive behavior by older and younger siblings, while each sibling provided a self-report. Unstructured sibling interactions were recorded for thirty minutes at each timepoint and physical and verbal aggression were coded. Results indicated that mean levels of aggression reported by mothers and siblings were stable over time, and the majority of siblings were stable in their observed aggressive behavior over time. Children’s reports of sibling, but not maternal warmth, significantly predicted later observed sibling aggression; older sibling perceptions of warmer sibling relationships at Time 1 predicted less observed sibling aggression at Time 2. More brother dyads engaged in observed aggression at Time 1, but not Time 2. Overall, our findings indicated that aggression between siblings exposed to IPV was stable over time, and that sibling warmth played a predictive role in aggressive behavior. 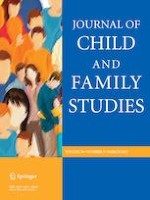 Constructive Interparental Conflict and Child Adjustment in the Chinese Context: A Moderated Mediation Model of Emotional Security and Disintegration Avoidance

Psychological Predictors of Homophobic Bullying Among Adolescents and Young Adults: The Role of Parental Psychological Control and Sensation Seeking