» Toegang tot de volledige tekst krijgen
Belangrijke opmerkingen
The original version of this article was revised: The color key for figures 2 and 3 has been removed and the figures are corrected.
A correction to this article is available online at https://​doi.​org/​10.​1007/​s10964-020-01208-y.

The online version of this article (https://​doi.​org/​10.​1007/​s10964-019-01162-4) contains supplementary material, which is available to authorized users. The supplementary information provided is a copy of the syntax file and a copy of the output file, in .pdf format.
Publisher’s note Springer Nature remains neutral with regard to jurisdictional claims in published maps and institutional affiliations.

Wealth plays a pervasive role in sustaining inequality and is more inequitably distributed than household income. Research has identified that wealth contributes to children’s educational outcomes. However, the specific mechanisms accounting for these outcomes are unknown. Using the Panel Study of Income Dynamics (PSID) and its supplements, SEM was used to test a hypothesized longitudinal chain of mediating processes. Framed by the parent investment model, this study tracks children and their parents over twenty-seven years, from pre-birth to early adulthood. The analytic sample was comprised of 1247 young people who were between 6–12 years of age (M= 5.66, SD= 2.12) in 1997, the first wave of the PSID’s Child Development Supplement. This analytic sample was roughly equivalent by gender (N= 774; 53% identified as female and N= 693; 47% identified as male). The racial/ethnic background of participants was nearly an equal split between individuals who identified as White (N= 666; 45%) or Black (N= 634; 43%), with an additional 7% (N= 97) who identified as “Hispanic,” 2% (N= 40) as “Other,” 1% (N= 20) as Asian or Pacific Islander, and less than 1% (N= 6) who identified as American Indian or Alaskan Native. The results indicated that wealth (a) engenders parental and child processes—primarily expectations and achievement—that promote educational success, (b) plays a different role across the life course, and (c) that pre-birth wealth has a significant mediated relationship to educational attainment seventeen years later. These findings advance understanding of specific mediating mechanisms by which wealth may foster children’s educational success across the life course, as well as how wealth may differentially shape educational outcomes in childhood, adolescence, and young adulthood. 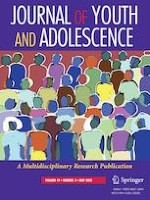 Ethnicity, Peers, and Academic Achievement: Who Wants to be Friends with the Smart Kids?

Non-Specific versus Targeted Approaches to Youth Mentoring: A Follow-up Meta-analysis

Correction to: Bias-Based Bullying and School Adjustment among Sexual and Gender Minority Adolescents: The Role of Gay-Straight Alliances