Cardiovascular effects of music by entraining cardiovascular autonomic rhythms music therapy update: tailored to each person, or does one size fit all? | mijn-bsl Skip to main content
TOOLBAR 1 2 3 4
ZOEKEN MENU 1 2 3 4

Music goes back a very long way in human experience. Music therapy is now used in many disparate areas—from coronary care units to rehabilitation after a stroke. But its widespread adoption has a poor scientific evidence base, founded more on enthusiasm than on proper evaluation in any controlled way. This has led to a lack of clarity about whether any particular type of music is superior, or whether different types of music should be tailored to differing individuals. We therefore conducted a series of controlled studies in which we examined the effects of different styles of music—from raga to jazz—presented in random order to normal young subjects (both musically trained or not). We found that contrary to many beliefs the effect of a style of music was similar in all subjects, whatever their individual music taste. We also found that this effect appeared to operate at a sub-conscious level through the autonomic nervous system. Furthermore, musical or verbal phrases of a 10 s duration (which coincided with the normal circulatory ‘Mayer’ waves) induced bigger excursions in blood pressure and heart rate (reciprocal of pulse interval) and so triggered more vagal slowing and feelings of calm. These findings need to now be tested in the clinical setting since, if confirmed, this would greatly simplify the practical use of this promising tool.

Titel
Cardiovascular effects of music by entraining cardiovascular autonomic rhythms music therapy update: tailored to each person, or does one size fit all?
Auteur:
P. Sleight 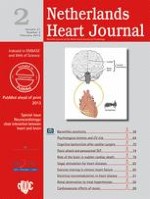