Epilepsy is reported to co-occur in individuals with autism spectrum disorder (ASD). Previous studies across the world have found prevalence estimates ranging from 4 to 38 %. We examined parent-reported prevalence of co-occurring epilepsy and ASD in the most recent U.S. National Survey of Children’s Health, 2011–2012. All analyses accounted for survey weights to account for the complex sampling design. In the overall analytic sample of 85,248 children ages 2–17, there were 1604 children with ASD (prevalence of 1.8 %) and 1083 children with epilepsy (prevalence of 1.2 %). Epilepsy was reported to co-occur in 8.6 % of ASD cases. In children with ASD, the co-occurrence of epilepsy was associated with increasing child age, female gender, intellectual disability, speech problems and lower socioeconomic status.
vorige artikel Brief Report: Which Came First? Exploring Crossmodal Temporal Order Judgements and Their Relationship with Sensory Reactivity in Autism and Neurotypicals 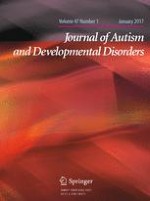 Brief Report: Which Came First? Exploring Crossmodal Temporal Order Judgements and Their Relationship with Sensory Reactivity in Autism and Neurotypicals

The Relationship Between Adverse Childhood Events, Resiliency and Health Among Children with Autism