We examined whether perspective taking (or Theory of Mind) deficits that characterize autistic individuals predict whether they have trouble extricating themselves from situations in which police officers erroneously suspect them of a crime. Autistic and typically developing adults listened to scenarios in which they were placed in situations where the police erroneously believe they had been involved in crime. Each scenario contained critical information that, if recognized and provided to the police, would confirm non-involvement in the crime. Autistic adults performed markedly worse than controls on perspective taking measures and the extrication task. Verbal IQ and memory performance accounted for significant variance in extrication performance, and perspective taking explained an additional and significant 15% of variance in extrication performance. 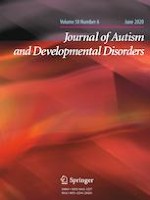 Needs of Grandparents of Preschool-Aged Children with ASD in Sweden

Sensory Features as a Marker of Autism Spectrum Disorders

Effects of Cognitive Behavioral Therapy for Reducing Anxiety in Children with High Functioning ASD: A Systematic Review and Meta-Analysis