Brief Report: Lack of Processing Bias for the Objects Other People Attend to in 3-Year-Olds with Autism | mijn-bsl Skip to main content
ZOEKEN MENU 1 2 3 4

A total of 36 children between ages 34 and 60 months (M = 42, SD = 6.7) participated in the study: 13 children with ASD (10 males, 3 females), 9 children with other developmental problems (3 males, 6 females), and 14 typically developing children (11 males, 3 females; all figures refer to final samples after exclusion; see also Table 1). None of the children had any uncorrected hearing or visual impairments or known genetic syndromes. Two of the children with ASD were diagnosed with intellectual disability. Children with ASD were recruited from the Autism Center for Young Children, in Stockholm and had a DSM-IV-TR clinical consensus diagnosis of Autistic Disorder (n = 11) or Pervasive Developmental Disorder, Not Otherwise Specified (n = 2). In all but one child, the diagnosis was corroborated by information from the ADOS (Lord et al. 2000) and/or the Autism Diagnostic Interview-Revised (Lord et al. 1994). The remaining child had autistic disorder, a Social Responsiveness Scale-Preschool version (SRS; Constantino and Gruber 2005) score of 85, and a low IQ score, and thus matched the remaining ASD sample well. Intellectual level (IQ) was not used as an exclusion or inclusion criterion. The typical sample was recruited by notifications and advertisements in the same area as the ASD group.
Table 1
Participant characterization
MSEL (Mullen Scales of Early Learning) scores are age equivalents for the scales
Data for age, SRS, and MSEL represent mean (min–max)
VR visual reception, FM fine motor, RL receptive language, EL expressive language
The DD group was recruited from habilitation centers in the same geographical area. Professionals at these centers were asked to identify children in their clinics in the age range of interest with no suspected (or confirmed) ASD. These children constitute a heterogeneous group with various conditions, with intellectual disability being common. Our rationale was to recruit a heterogeneous group of young non-autistic children with other developmental problems, expected to match the ASD group on developmental level.
The developmental level of all participating children was determined using the Mullen Scales of Early Learning (MSEL; Mullen 1995). Autism trait severity was assessed using the Social Responsiveness Scale-Preschool version (SRS; Constantino and Gruber 2005). As can be seen, the ASD group scored low on the MSEL; thus, the use of the term ‘low functioning’. To match the ASD group, we excluded two children from the DD group with above average scores on the MSEL. One additional child was excluded due to a lack of congruent gaze shifts (see below).

Upon arrival at the lab, the parents signed the consent form and handed in questionnaires. After a brief familiarization with the environment and the experimenter, the child and caregiver were taken to the eye tracking lab, and the eye tracking session was initiated. The child was placed at a distance of 60 cm in front of the monitor (17-inch screen), and a 5-point calibration procedure was conducted (repeated if needed to get data for all 5 points). The MSEL was conducted after the eye tracking session. In addition to the present stimuli (see below), the session also included stimuli with biological motion and audiovisual synchrony and attention grabbers (Falck-Ytter et al. 2013). Breaks were embedded flexibly into the sessions (Kylliäinen et al. 2014). The families were given gift vouchers for their participation.

The stimuli were eight videos (duration 8 s) of a female model seated behind a table on which two objects were placed (Fig. 1). The video was similar to those used in a study by Senju and Csibra (2008) and consisted of two phases. In the first phase, the model’s face was covered by an animation accompanied by a sound, attracting the child’s attention. This phase lasted 2.30 s. In the second phase, the animation disappeared, revealing the model’s face. The model was looking straight into the camera, smiling at the participant for about 0.20 s before shifting gaze and subsequently turning her head towards one of the two objects (the gaze shift took approximately 0.7 s). The second phase lasted 5.70 s, and the model continued to look at the attended object until the end of the trial. There were two visually identical versions of the video, presented in two separate blocks, the order of which was counterbalanced within group. In the first, a female voice said “Look!” right before the face of the model was revealed. In the second, a distorted version of the same soundtrack was played. The distortion rendered voice and the utterance unrecognizable, but retained the low level properties such as duration and volume. Each version consisted of four trials, counterbalanced for placement of the objects to the left or right side of the table as well as the number of times the two objects were attended. Also, the order of the trials was pseudo-randomized within block. Twenty-one children watched both blocks. However, due to child behavior (e.g. lack of motivation/attention), eight children watched only the block with the voice stimuli, and seven children watched only the block with the distorted voice. Because of limited sample sizes, no statistical comparisons were made between the two versions, and all subsequent data descriptions refer to the combined sets (the average performance across trials, irrespective of soundtrack).
×

Gaze data were recorded with a Tobii T120 eye tracker and analyzed using Tobii Studio software (Tobii Technology, Stockholm, Sweden). To allow for large head movements we recorded at 60 Hz rather than 120. To achieve compatibility with earlier studies of the same population (Pierce et al. 2011), a fixation filter (Tobii Fixation Filter) with a velocity threshold of 35 pixels/window and a distance threshold of 35 pixels was applied. Four rectangular AOIs were defined. One covered the animation hiding the face of the model in the first phase, and the remaining three covered the model’s face and the two objects, respectively (in the second phase). The visual angle of the face and animation AOIs subtended approx. 8° by 12°, and the visual angle of the object AOIs subtended approx. 6° by 8°. The first fixation duration within each AOI during the second phase of the video was extracted. Fixations with durations shorter than 60 ms were discarded. The data were manually inspected on a trial-to-trial basis by a coder (ET) blind to the children’s group membership. We excluded all trials in which the automatically processed and filtered data were not supported by ocular inspection of gaze replays of raw data from the same trial. Gaze shifts during the second phase of the clip were coded as congruent when the child shifted gaze from the model to the attended object, and as incongruent when the gaze was shifted from the model to the unattended object. Only trials in which the child looked at the model in the beginning of the second phase, when the model was engaging in direct gaze, were included in the analysis. Gaze shifts occurring before the model shifted her gaze were not included. Trials were the child looked at the model but did not fixate any of the objects (i.e. kept fixating the model or looked away) were excluded.
Statistical analyses were performed in SPSS (SPSS Inc., Chicago, IL). Because of the limited sample sizes, non-parametric statistics were used. The analysis included three primary measures. (1) Accuracy was calculated as a difference score (DS); the number of incongruent gaze shifts was subtracted from the number of congruent gaze shifts made by each child. (2) A first fixation duration DS was defined as the duration of the first fixation at the attended object minus the duration of the first fixation at the unattended object. Thus, a DS of zero would indicate no difference in first fixation duration between the two objects. A negative DS indicates a longer first fixation at the unattended object whereas a positive DS indicates a longer first fixation at the attended object. (3) Finally, we assessed the latency of gaze shifts from the model to the attended object. Like Bedford et al. (2012), we analyzed only looking time data (first fixation duration) for trials with a congruent first gaze shift. This was also the case with the latency analysis. The reason for excluding trials with incongruent gaze shifts from these analyses is that our focus was to investigate possible differences in performance when the children did follow gaze. Five children (ASD = 1; DD = 2; TD = 2) did not shift their gaze from the congruent object to the incongruent object, and were consequently excluded from the analysis of first fixation duration DS.
All tests were two-sided (alpha level = 0.05), with Bonferroni correction for post hoc tests. For the follow-up tests, effect sizes were calculated using Pearson’s r.

Unless otherwise stated, the methods for Study 2 were identical to those of Study 1. The new participants were 15 toddlers between ages 21 and 23 months (M = 22, SD = 0.5; 5 male, 10 female; final samples after exclusion). The TD-toddlers were recruited from the Uppsala Child and Babylab database. All children were healthy, and none came from a family with a history of ASD. The experimental procedure was identical to that used in Study 1. Because of the young age of the toddlers included in Study 2, we included more trials to obtain reliable measures. Each child viewed 16 trials (no difference in performance was found between the first 8 and second 8 trials). One additional toddler was tested, but excluded because of technical problems.
Because Study 2 was conducted as a follow-up to Study 1 to investigate first fixation durations in a new group of younger children, only first fixation duration data are presented.

We are thankful to Erik Rehnberg for invaluable help during data collection. This research was supported by a grant to SB and TFY from the Swedish Research Council in partnership with FAS, FORMAS, and VINNOVA (Crossdisciplinary research programme concerning children’s and young people’s mental health; grant number 259-2012-24). The work of all authors was supported by the ESF COST Action BM1004 ‘Enhancing the Scientific Study of Early Autism’ (ESSEA). TFY and SB were supported by The Bank of Sweden Tercentenary Foundation [P12-0270:1 and P10-078, respectively]. SB was supported by the Swedish Research Council [Nr. 523-2009-7054].

The authors declare that they have no conflict of interest.
Open AccessThis article is distributed under the terms of the Creative Commons Attribution License which permits any use, distribution, and reproduction in any medium, provided the original author(s) and the source are credited.
vorige artikel Detail and Gestalt Focus in Individuals with Optimal Outcomes from Autism Spectrum Disorders
volgende artikel Brief Report: Anomalous Neural Deactivations and Functional Connectivity During Receptive Language in Autism Spectrum Disorder: A Functional MRI Study
insite
INHOUD
share
DELEN 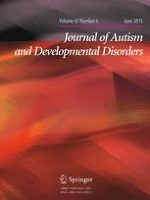 Changes in Prevalence of Autism Spectrum Disorders in 2001–2011: Findings from the Stockholm Youth Cohort

Typical and Atypical Neurodevelopment for Face Specialization: An fMRI Study