Prior research has shown an elevation in autism traits and diagnoses in individuals seen for gender related consultation and in participants self-identifying as transgender. To investigate this relationship between autism and gender identity from a new angle, we compared the self-reported autism traits and sensory differences between participants with autism who did or did not identify with their assigned sex (i.e. cisgender or trans and non-binary, respectively). We found broad elevation of most cognitive autism traits in the trans and non-binary group (those who identified with a gender other than their assigned gender), and lower visual and auditory hypersensitivity. We contrast these data to existing hypotheses and propose a role for autistic resistance to social conditioning.
vorige artikel Brief Report: Sex Differences in Parental Concerns for Toddlers with Autism Risk
volgende artikel Double Helix Rainbow Kids 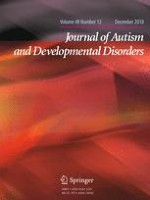