The duplication of the Williams–Beuren syndrome (WBS) region (7q11.23) is a copy number variant associated with autism spectrum disorder (ASD). One of the most intriguing aspects is that the reciprocal microdeletion causes WBS, characterized by hypersociability, marked empathy, and a relative capacity in verbal short-term memory and language. Herein, we studied, by using functional morphological and volumetric magnetic resonance, a 17-year-old male patient who displays a de novo 7q11.23 duplication and ASD. The limbic system of the patient appeared hypo-functional, while the total brain volume was increased, thus contrasting, in an opposite and intriguing manner, with the global brain volume reduction reported in WBS. Even if these findings come from the analysis of a single patient and, therefore, have to be considered preliminary results, they encourage carrying on further functional and volumetric studies in patients with 7q11.23 duplication, to fully elucidate the role of this gene-dosage alteration on brain development and limbic system function.
vorige artikel Brief Report: Are Autistic-Behaviors in Children Related to Prenatal Vitamin Use and Maternal Whole Blood Folate Concentrations?
volgende artikel Brief Report: Emotion Regulation and Respiratory Sinus Arrhythmia in Autism Spectrum Disorder 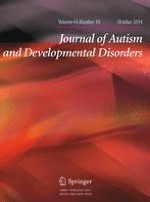 Erratum to: Brief Report: Approaches to 31P-MRS in Awake, Non-Sedated Children With and Without Autism Spectrum Disorder

Are Children with Autism More Responsive to Animated Characters? A Study of Interactions with Humans and Human-Controlled Avatars

Ethics and Autism: Where is the Autistic Voice? Commentary on Post et al.