Associations between Paid Paternity Leave and Parental Mental Health Across the Transition to Parenthood: Evidence from a Repeated-Measure Study of First-Time Parents in California | mijn-bsl Skip to main content
ZOEKEN MENU 1 2 3 4

Paid family leave may mitigate stress and health challenges across the transition to parenthood. The current study examined whether paid paternity leave is associated with first-time parents’ trajectories of depression, stress, and sleep from the prenatal to postpartum periods. Expectant parents (72 couples) reported on their depressive symptoms, perceived stress, and daytime fatigue during mid-to-late pregnancy and then again at six months postpartum. At one year postpartum, fathers reported on any paid or unpaid leave taken following their child’s birth. We used a repeated-measures design to compare couples in which the father either did or did not access paid paternity leave. When fathers took paid paternity leave, their partners’ stress and depressive symptoms showed smaller prenatal to postpartum increases than mothers whose partners did not take paid leave. Similarly, fathers who took paid paternity leave, compared to those who did not, reported smaller prenatal to postpartum increases in stress and daytime fatigue. These results remained largely unchanged when controlling for the length of fathers’ leave. The study’s longitudinal, within-subject design allows us to examine parents’ mental health relative to their own prenatal baseline, helping to account for some of the pre-existing differences between fathers who did and did not take paid paternity leave. The results suggest that paid paternity leave may be associated with greater well-being across the transition to parenthood for both fathers and mothers.
vorige artikel Perceived Instrumental Support as a Mediator between Maternal Mental Health and Housing Insecurity
volgende artikel Parenting Alliance Inventory: Psychometric Properties and Invariance Among a Community and at-Risk Sample of Portuguese Parents 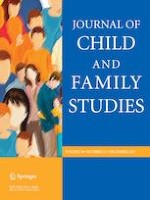 Dimensions of Parenting Stress as Predictors: Vocabulary and Phonological Awareness Skills in Preschool

Cultural Differences in the Association of Harsh Parenting with Internalizing and Externalizing Symptoms: A Meta-Analysis